Who was Omar S. Ortiz

Omar Silvestre Ortiz was born on the 26th day of November 1970. He was raised by his father the late Anselmo Ortiz a taxi driver by trade and his mother Felicitas Ortiz a respected teacher and principal. He was married to Lizette Ortiz for 21 years and from this marriage 3 children, Omar Jr., Zachary and Micaela were born. Unfortunately, Omar’s life was cut short on 31st day of August 2017 at the age of 46 as he suffered a road traffic accident on his way to work one morning.

Omar was a humble, kind, funny and yet structured person. He lighted up a room with his presence and was never afraid to speak whatever was on his mind. His laugh and happy nature were infectious.

Omar obtained his Bachelor of Business Administration Degree in Accounting at Harding University in 1992 with a GPA of 3.68 on a 4.0 scale and returned home to Belize to begin his career in Accounting. He always ensured that he provided quality service in the field of management, marketing, finance and accounting for the success of organizations whilst maintaining the highest standards of professionalism and corporate responsibility. Over the years Omar’s passions included Accounting, Finance, Hospitality, Tourism, Education and International Trade and Relations.

His experience, educational training and affiliations are listed below as this will give you a clear indication of the diverse and wide array of interests and experiences he gained over his lifespan.

General Manager responsible for the day to operations of the company and strategy development to ensure the development and implementation and monitoring of true budget forecasts whilst ensuring growth and increase market share both in existing and new product lines.

As MBD he was responsible for the promotion and development of existing and new businesses of the Chamber to ensure profitability and mitigation of potential risks to the Chamber.

Belize Chamber of Commerce and Industry – Manager Finance and Trade

As manager of trade and finance his core responsibilities included the management of the finance and reports of the Belize Chamber of Commerce and Industry. The Chamber’s operations also included a Western Union Master Agency with Thirty sub agents countrywide. In addition, there are membership functions plus, The Chamber also operates a business services sector and a Handicraft outlet.

Management of the finances involves funds in excess of $90M. During his tenure, The Chamber had improved from a deficit to a surplus whilst The Western Union operation has experienced growth in its profit in excess of 400%.

As Manager of Trade for The Belize Chamber of Commerce and Industry, he represented the Private Sector in matters dealing with trade and commerce on a national and international basis. This included Belize’s First Trade Policy Review with the World Trade Organization (WTO), European Union Economic Partnership Agreement, CARICOM Single Market and Economy, etc. During his tenure, the Chamber was engaged in the negotiating of Belize’s Partial Scope Agreement with Guatemala and the Economic Partnership Agreement with the European Union.

He acted in the Capacity of CEO in his absence and as necessary to ensure the smooth functioning of the organization and delivery of our services.

Responsible for the development and entire operations of the company including: Sales, Finance, Personnel and Marketing.

Responsible for the development and operations of the company including: Purchasing, Sales, Financing, Personnel and Marketing. Esso Coral Grove was able to pioneer 24hour operation by utilizing the self-service concept in the industry. The Company was the largest in its field and raised the service standard in the industry as well as initiating the largest and most aggressive marketing campaigns to date.

Here he was responsible for the preparation and upkeep of accounting records for the Ramada Royal Reef Resort and Marina and affiliated companies. This deals with the accounting process from book entry to reports generation, including consolidation, as well as financial controls of hotel and marina operations and advising on investments. He was responsible for the procurement of goods and services locally and internationally. The Ramada was able to become Belize City’s Premier hotel with the largest number of available rooms as well as boasting the highest occupancy levels.

He was also the Secretary of the Board of Directors ensuring proper minutes of Board meetings, application of Board decisions etc. as well as he acted as General Manager in General Manager’s absence.

He was responsible for the preparation and upkeep of accounting records for IMMARBE. This deals with the entire accounting process from journal entries through to financial statements.

He was responsible for the preparation and upkeep of accounting records for Belize Holdings Inc. This deals with the entire accounting process from journal entries through to financial statements. He also dealt with offshore services and the registration of and provision of corporate offices for International Business Companies and Trusts.

He was responsible for the recording and timely payment of all purchases for Belize Electricity Ltd. This included verification of the entire procurement process as well as accounts reconciliation. 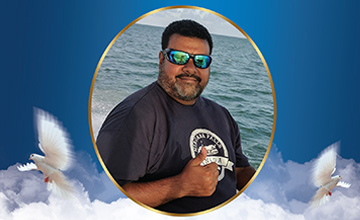